Hello, Atlanta Realtor or any other professional who cares about Real Estate Photography. Before I go into details, I have to say that the described methods of taking real estate interior photos is a matter or preference and justified cost. I’ll show and explain why I prefer a multiple lights set up over single mount-on flash or HDR.

I’ll try to explain using this small simple bathroom. This is from today’s photo shoot, there’s no editing (just brought a little brightness up on HDR), straight out of the camera.

This is an HDR photo

(high-dynamic range), which is accomplished by taking several shots at different exposure settings and then blending them using software. It is not a bad shot. What HDR allows you to do is produce a single shot with everything in it exposed properly: the windows are not blown out and the shadows don’t go to extreme black. I’ve seen decent HDR shots when a photographer takes at least one shot with flash before compiling them. When no flash is used (like in this shot), lots or orange and yellow colors show up in the picture, which can somewhat be reduced in photoshop. But overall look is very flat. 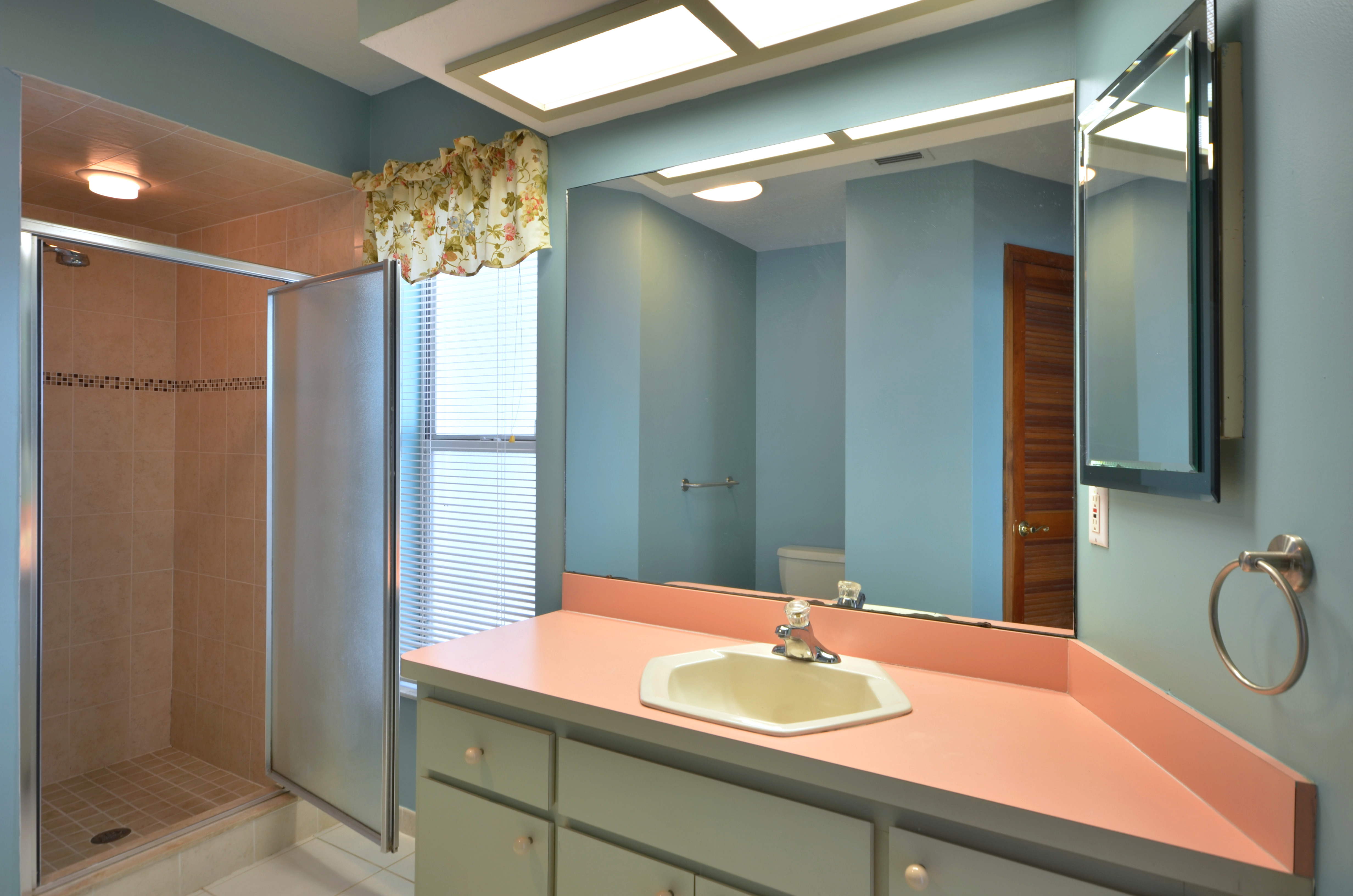 This is a shot taken with a mount-on flash.

The issues are obvious, heavy shadows, much brighter in the foreground, and some areas are not lit properly. It is possible to achieve a good shot with a mount-on flash, but the setting has to be just right. preferably no fans or other standing object in the front as they will cast shadows. The best way to take a shot with single flash, when possible, is by pointing it up or even backwards towards the wall instead of forward. That will give you a larger bounced ray of light and will soften the shadows. Another problem with this method is that it’s harder to accommodate much of ambient light, so the interiors end up with lots of flash light, and little natural light. 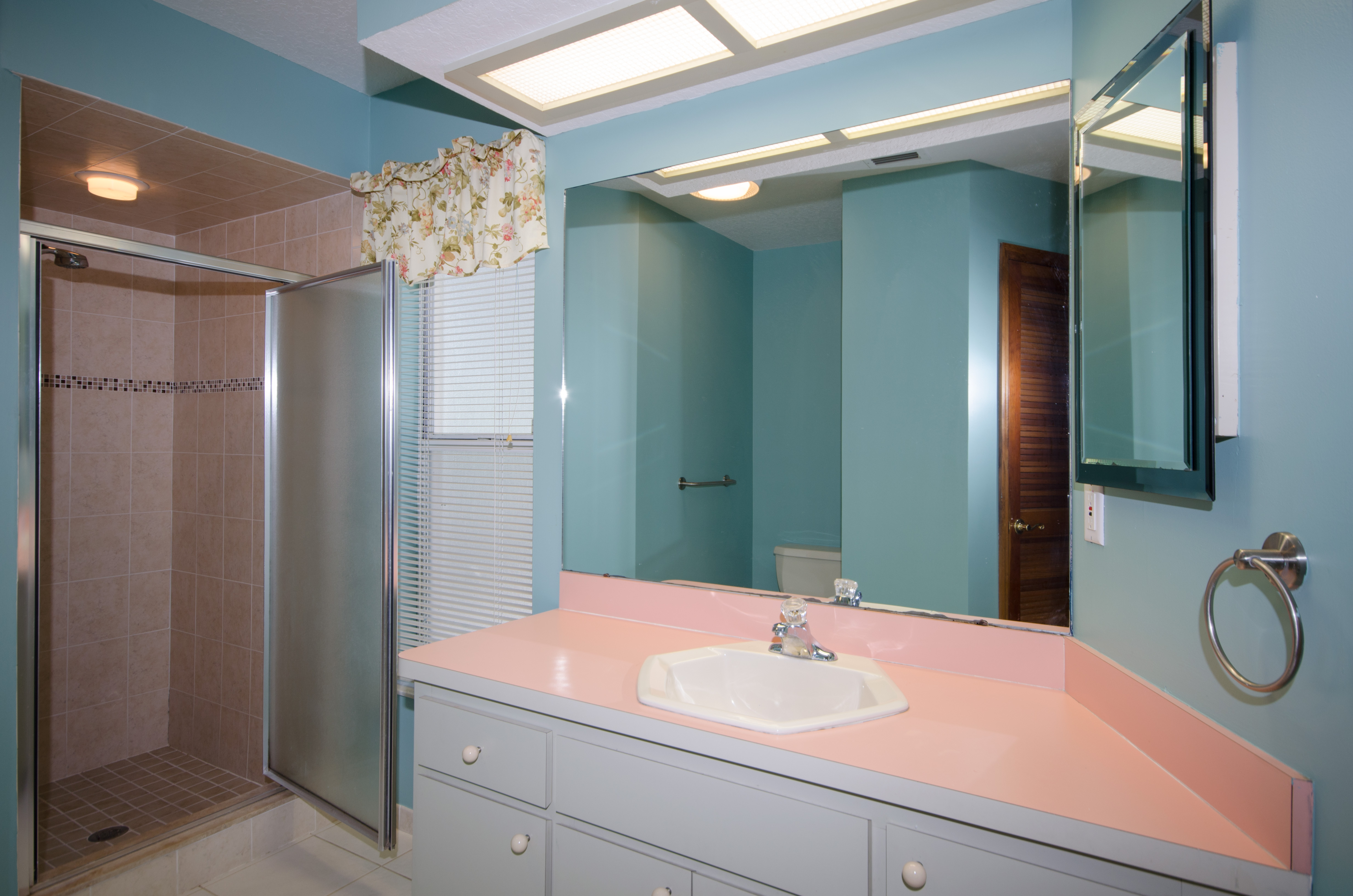 In this shot I used three speedlights.

One in the shower, one bouncing off the wall near floor to lighten up the front of the cabinet and one more above my head, bouncing into the wall behind me. I had little time to play and adjust the lights, but you can see how much more definition there is in this photo. There’s also a doze of character, which potential buyers can easily identify with. 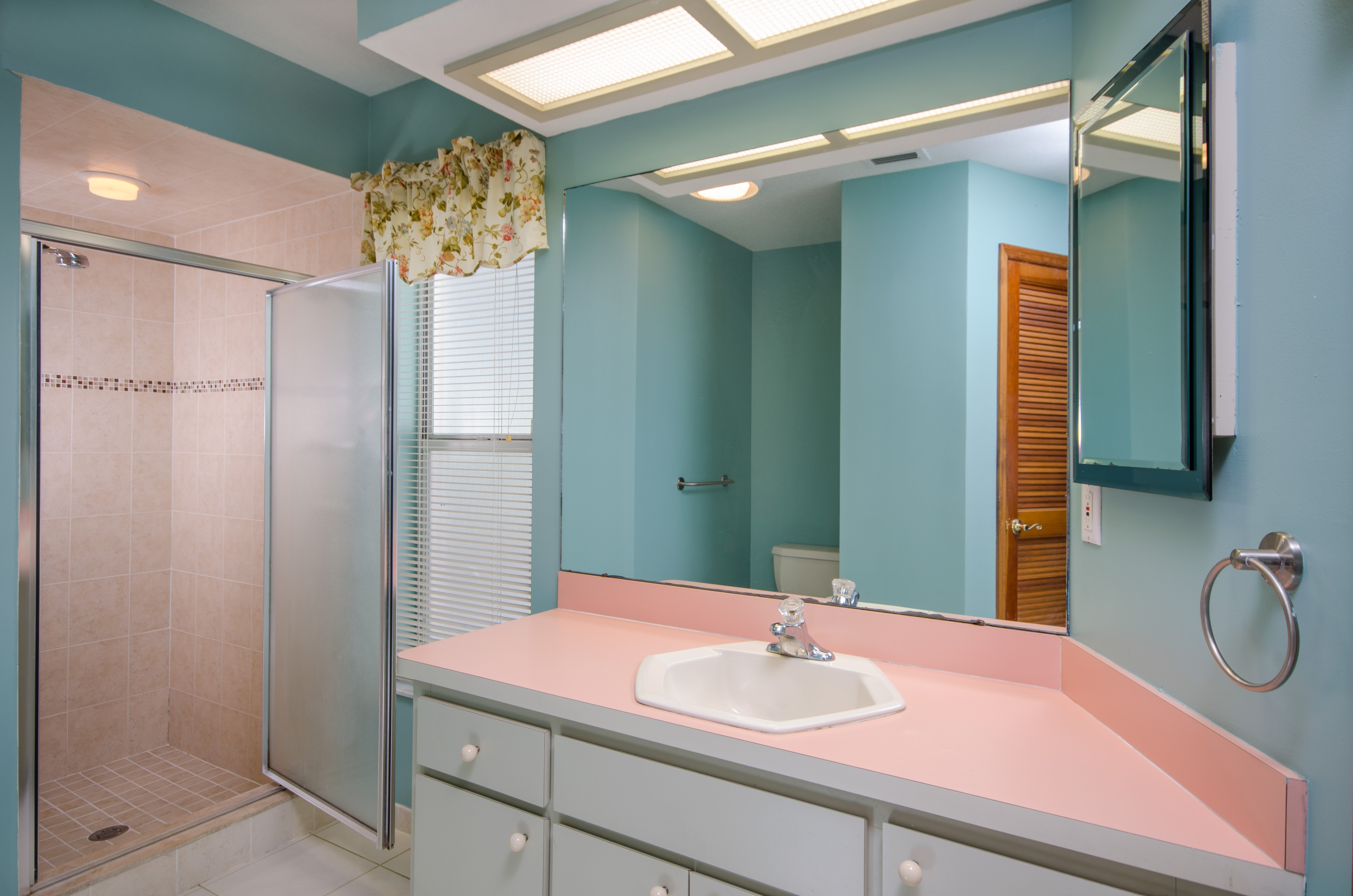 In my view using a miltiple lights method for interior real estate photography will produce more interesting photos. They more often than not will take a little more time in the field (I often spend two hours shooting a 3,000 sq.ft home, where an HDR or single-flash shooter can be done in one hour). But there’s a little less time used for Photoshop manipulation. I personally enjoy spending more time behind the camera than in front of the computer screen.

I shoot real estate photos and video in Tampa Bay, and some times a little further. You can see samples of my work on Flickr.

Want to join the discussion?
Feel free to contribute!